The climate in the UK is ideal for grass growth, as a result of this grazed grass is an easy to grow cheap source of forage for livestock.

Although in the UK we currently have roughly 50 types of grasses, only a select few have been the focus of cultivation on any scale. With our decades of knowledge we can safely say we focus on the types of grass which reliably produce good results. 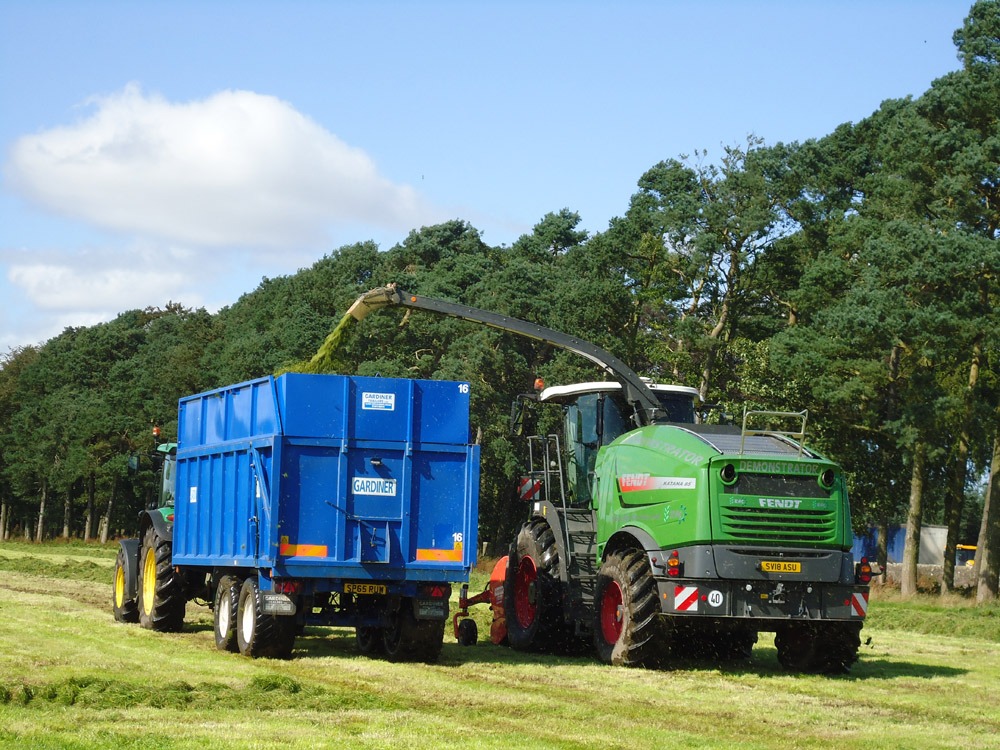 Ryegrass comes in many different forms and is the most widely sown of all grasses. Ryegrasses have high sugars and respond to nitrogen fertiliser better than any other grass species. These two qualities have made it the most popular grass for silage over the last sixty years (since the Plough Up policy of WW2 and the advent of cheap nitrogen fertiliser). Increased demand resulted in the development of new varieties lead by Sir George Stapledon at the Aberystwyth Plant Breeding Station. Other plant breeders across Europe followed suit and, as a result, we now have a comprehensive range of varieties to select from.

Perennial Ryegrass is the main constituent of all types of grass mixtures, it is the most widely sown and has outstanding productivity in medium to high fertility soils. The grass is very palatable and nutritious in a leafy condition and there are several varieties to choose from, some are better for grazing and cutting and others have more upright grown better suited to silage making. Perennial Ryegrasses are grouped according to their maturity. Welch Seeds offer intermediate and late varieties which perform better in our climate.

A cross breed of Italian Ryegrass and Perennial Ryegrass to bring together the high productivity of Italian Ryegrass and the persistency and nutrition of Perennial Ryegrass. They are suited for use in grass mixtures up to five years and therefore used in our “Short Term” mixtures. This is one of the best grasses available if you are an intensive farmer, the hybrid mixture of these grasses generally means you’ll get more leaf coverage and for a longer period of time.

This quick growing grass is highly productive for one to two years and when used in a short-term mixture is capable of huge yields of silage or hay. Has early growth and can be sown straight as a catch crop.

Modern varieties offer high yields and good disease resistance, if your soil is light or your farmland has low amounts of rainfall this could affect the yields, we’d be happy to advise you if required, simply get in touch.

A must in all Medium-Term and Long-Term mixtures, it thrives in cool wet conditions, also winter hardy and very palatable. Timothy grass seed is commonly found in pasture throughout the U.K. It has early spring growth and is known for producing large cuts of hay or silage at first cut. Timothy is disease free and very persistent.

Most often used in Medium-Term and Long-Term mixtures, it is very deep-rooted making it ideal for drought prone and infertile soils. Cocksfoot has to be grazed hard to remain leafy, if left it will start to dominate, and it will become unpalatable and form coarse clumps.

This is a perennial grass seed with creeping rhizomes, which enables it to survive in drought-prone areas. Welch Seeds often use this in small proportions in our Long-Term grass mixtures. It is reasonably productive and is suitable for dry and low fertile soils.

Beneficial to pastures as it has creeping roots to create a good sole. Its creeping roots help it to remain green in dry times. Creeping Red Fescue is often used in Turfs and lawn grasses.

Westerwolds is one of the highest yielding ryegrasses, similar to Italian Ryegrass. Westerwolds is an annual (it only lasts for one season) in our climate it is normally sown in spring, it is known for its very quick growth and massive yields.

Westerwolds can be sown straight but very useful when added to a grass mixture for huge cuts of silage in the first year.

Clovers are an important part of many grass mixes. They belong to the legume family and as such have the ability to collect nitrogen from the air and deposit it in the soil to assist plant growth.

The benefit of adding clovers to your grass mix is for the added protein, which will increase animal performance and to reduce the cost of purchasing and spreading additional nitrogen fertiliser on your fields. 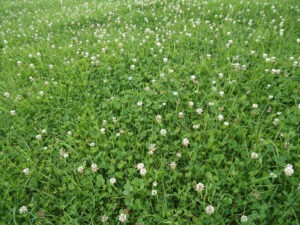 White Clover brings natural benefits to the rest of the grass in the mixture, to livestock and improves soil structure.

White Clover will save you money on fertiliser by fixing atmospheric nitrogen up to 200kg nitrogen per hectare, in financial terms this is worth £150.00 per hectare.

White Clover has benefits for livestock, you can expect improved palatability, digestibility, protein and mineral intakes. Milk yields in dairy cows will increase and beef cattle and lambs fatten quicker. White Clovers are made up of 3 groups according to their leaf size: 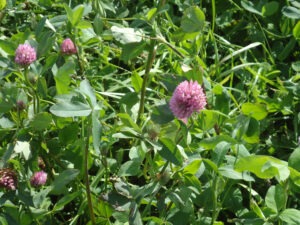 Red Clover is better suited to silage production than white clover. Red Clover has more erect growth and much higher forage yields, which helps to fix atmospheric nitrogen into the soil. When Red Clover is cut for silage it is very high in protein and feed value for winter forage.

Red Clover is generally best sown along with grasses in a Short-Term mixture as it has a lifespan of 2-3 years.

We would recommend adding for a great silage crop which can be cut 3-4 times a year. It can also be great for hay production. Red Clover is made up of early maturing varieties and late maturing varieties. Welch typically uses a 50/50 mix of early and late varieties for optimum results.

While sowing rates may vary, we have put together a handy guide with our recommendations, to give you a place to start.
Read Our Guide

Our most frequently asked questions are all in one place. But if your question isn't answered here, feel free to get in touch – we'd be happy to help.
FAQs